In December 2012, the Library at the Institute of Technology, Carlow received an important donation from Prof. Geoffrey J. Hand.  The collection which contains around 1200 items, consists of mainly law materials but also included are some items on ecclesiastical history, politics and Irish and British history. 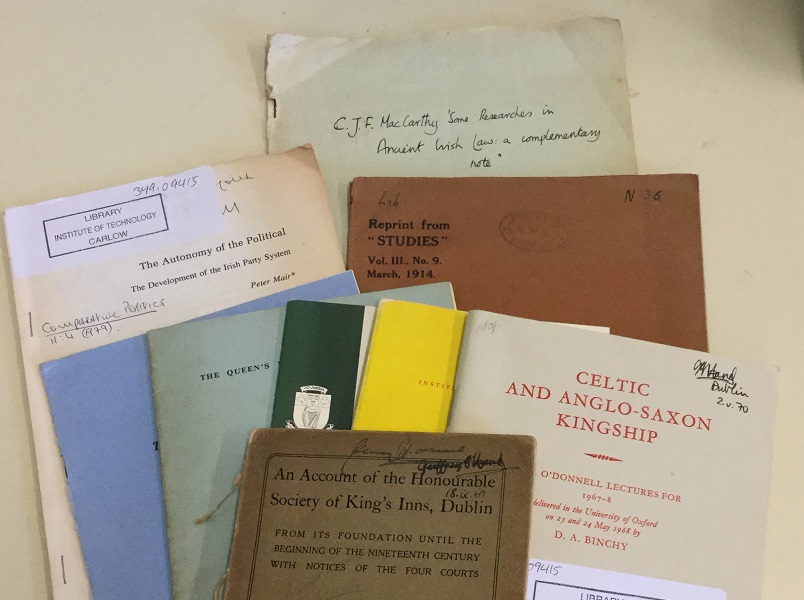 To browse a listing of the Geoffrey Hand Special Collection via our Library catalogue, please click HERE

To discover more about Prof. Hand and his work, please link to the following list of references: 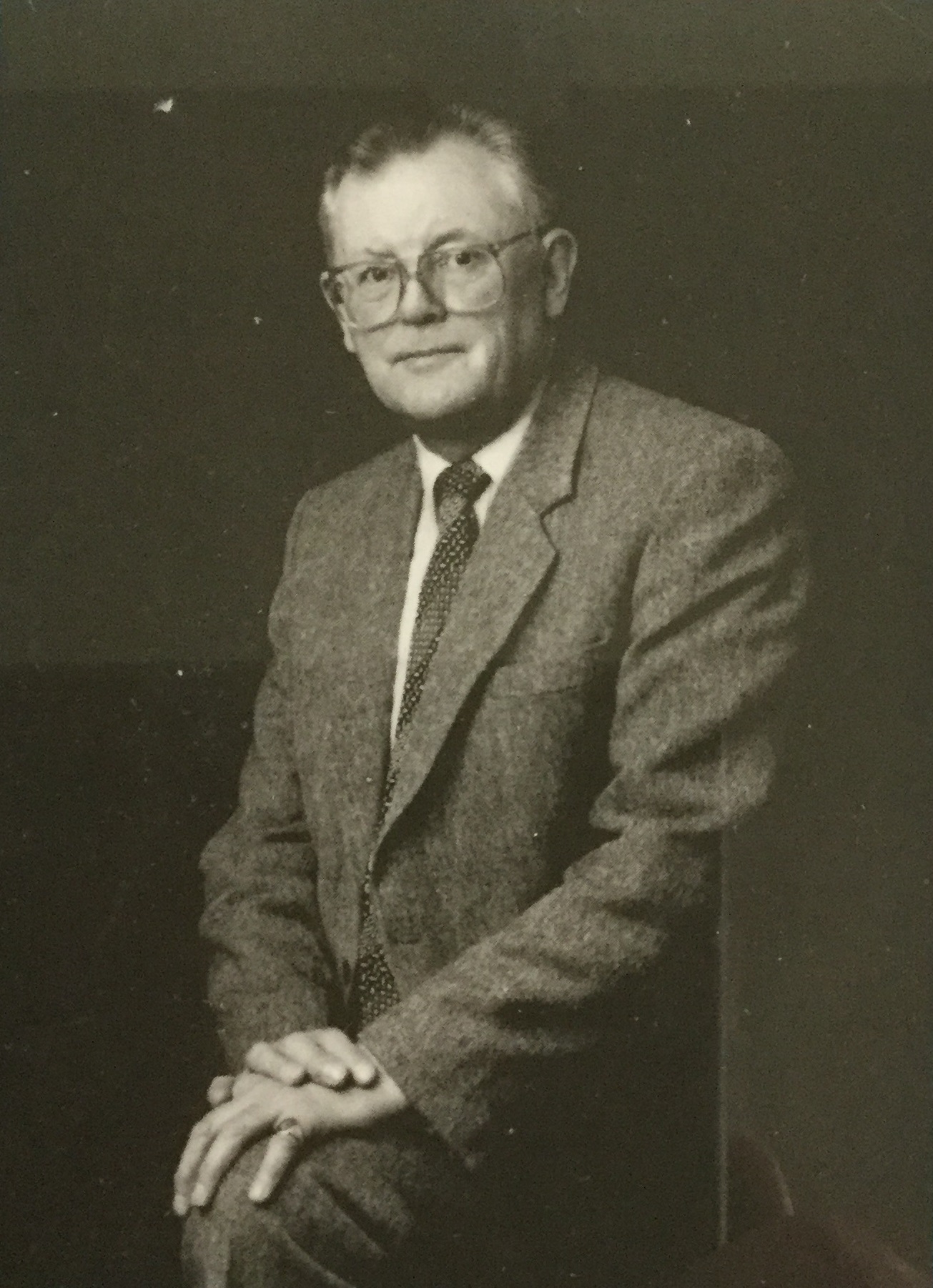 From 1976-1980 he served as one of the inaugural professors to the nascent Law department of the European University Institute at Florence.  From 1980 until his retirement, he served as Barber Professor of Jurisprudence at the University of Birmingham.

Professor Hand was regarded as a leading scholar in the field of medieval and early modern legal history, with particular focus on the advent of English law in Ireland and Irish ecclesiastical history.  He was a member of the Royal Irish Academy and a fellow of the Royal Historical Society.  He was awarded the Gold Medal of the Irish Legal History Society in 2010. 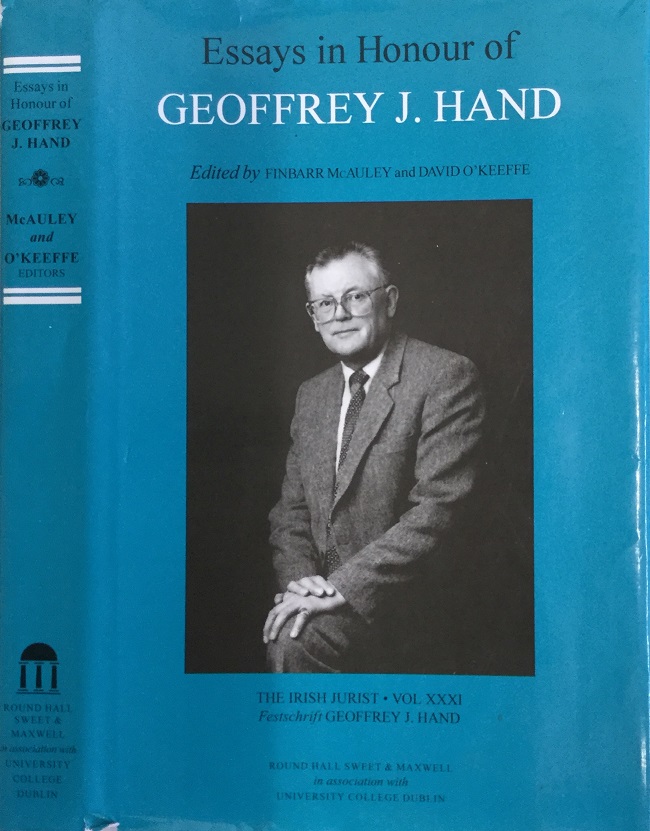 "This book is a special issue of The Irish Jurist, consisting of a collection of essays written in honour of Geoffrey Hand. The collection includes essays on a wide variety of topics within the sub-disciplines of legal history, the law of the European Union and Irish law, reflecting the breath of Geoffrey Hand's scholarly interests throughout a distinguished academic career.." - book cover

This is available in the Law Reference Section at shelf number 344.17

Sample items from the collection 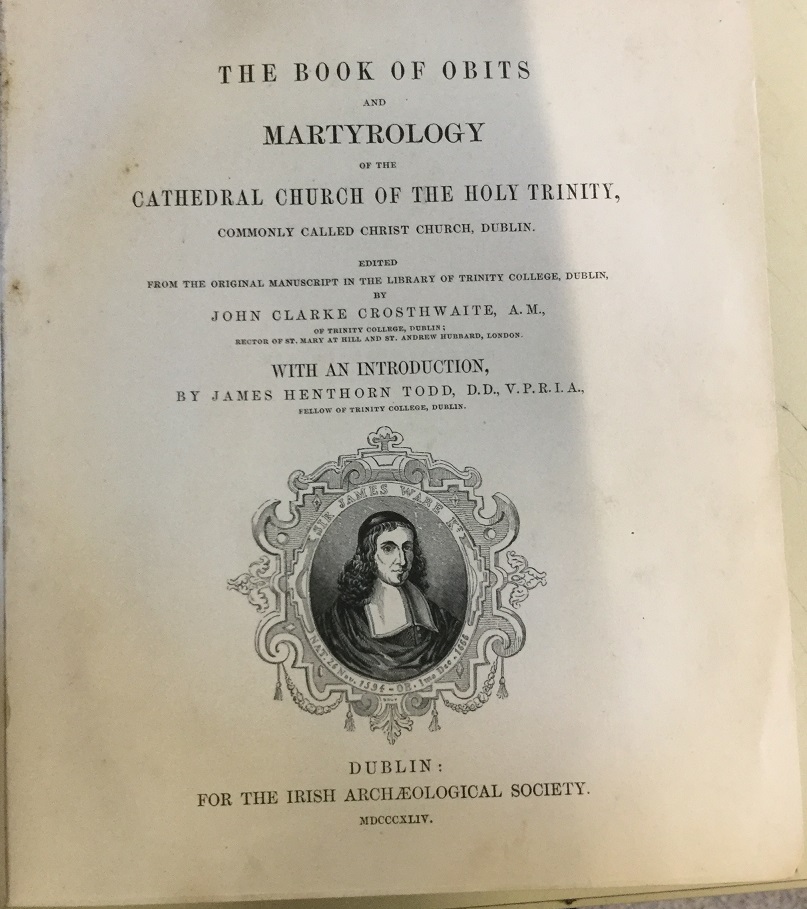 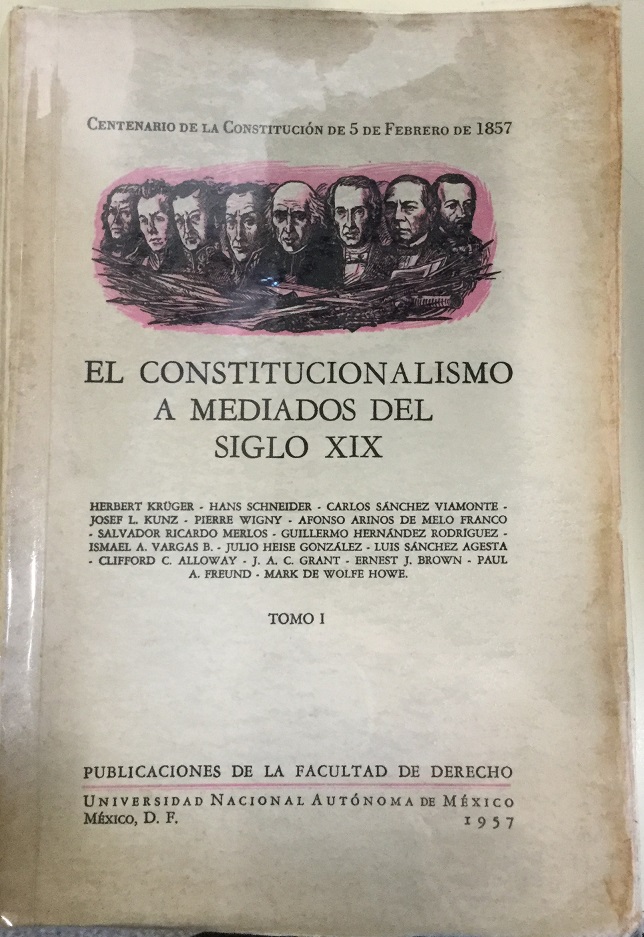 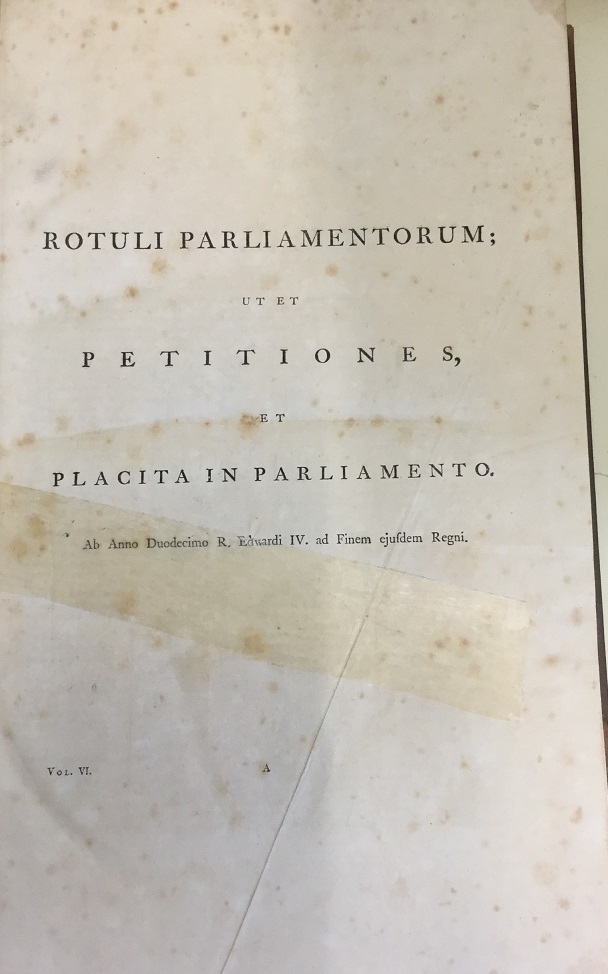 If you require further information about this collection, please contact:

Liaison Librarian to the Faculty of Business & Humanities